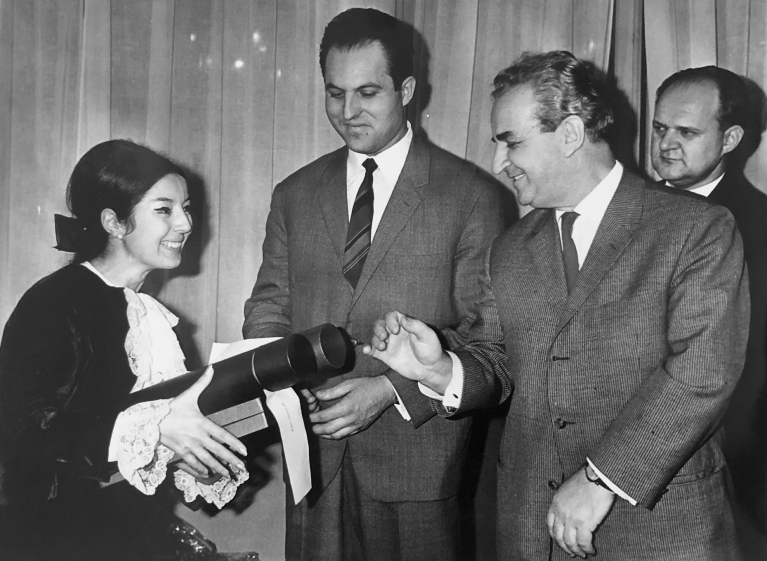 Born in 1937 in Cetinje, the Old Royal capital of Montenegro, Radević moved to Podgorica where she completed high school and witnessed the capital’s reconstruction after two-thirds of the city was destroyed by Axis bombing during World War II. She received her undergraduate degree from the Faculty of Architecture, University of Belgrade 1955 – 1963, after successfully defending her thesis on a typological study for a congress centre that separated programmatic components into a low volume and adjacent office tower.

She won the competition for her project on Hotel Podgorica in 1964, just one year after graduating. Hotel Podgorica won acclaim even before the building opened to the public in 1967, gracing the cover of "Arhitektura i Urbanizam", a prominent professional periodical in socialist Yugoslavia. Two years later, Radević became the only woman and, at the age of 29, the youngest-ever laureate of the Federal Borba Prize for Architecture, the most prestigious architectural award in Yugoslavia of that time. The prize was established by the newspaper of the Socialist Alliance of Working People of Yugoslavia and awarded annually to the country’s best new building. It helped architecture gain significant media attention by spurring public debate on its social and civic significance and elevating individual architects out of anonymity. Radević was its sole female member. Her archive includes a photograph of her accepting the prize, clad in a black velvet dress, an ornate lace collar, and a large, confident smile as she shakes hands with the all-male jury – one of many photographic displays that attest to her cultivation of the glamorous, feminised public image of an elegant cosmopolite. 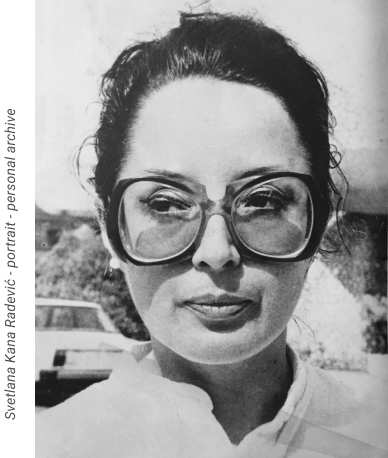 Even when she entered Yugoslav architecture’s elite ranks, Radević remained a committed civil servant, and an employee of the Republic Institute for Urbanism and Planning (RZUP) in Podgorica (Titograd) from 1963 until she moved abroad in 1972. Her numerous projects included master planning Jaz, a Montenegrin coastal settlement, as part of her work in the late 1960s on the expansive South Adriatic Regional Plan. She worked at the Republic Institute for Urbanism and Planning while also running her own atelier, navigating between public and private practice, between urban and architectural modes of engagement.

Radević further experimented with the sculptural qualities of surface ornament and structural articulation in her 1968 design for a compact apartment block in Petrovac-na-Moru, a town at the coast of Montenegro. Same year (1968) she completed the project of the Central Bus Station in Titograd. Just a year later, in 1969, she completed the apartment building in Mojkovac, a town in the northern part of Montenegro, and Hotel Mojkovac, which was under construction from 1968 to 1974.

Radević was a recipient of a Fulbright Fellowship in August 1972, which gave her an opportunity to study abroad at the University of Pennsylvania in the United States. She was the sole woman among 22 students in Louis Kahn’s Master Class, and one of only 16 women to graduate from the programme in its 19-year duration. None of her assignments from that year survive, though it seems that Radević excelled in Philadelphia, matriculating to the PhD programme immediately after receiving her MArch degree in 1973. Unfortunately, she never wrote a dissertation - a letter from the chairman of the Graduate Architecture Group, dating back to 1977, notes that her PhD funding had been cut.

The particular details of her travels between 1977 and 1988 are not extensively documented, but her departure from Philadelphia occurs shortly before the construction of the Hotel Zlatibor in Užice (Serbia) began, completing in 1981. Kahn’s influence is portrayed in the iterative geometries of its upper and lower registers. His pedagogy is evident in her Monument to the Fallen Soldiers of Lješanska Nahija, an anti-fascist memorial in the hills outside Podgorica, which was completed in 1981 – as is the enduring impact of Bogdan Bogdanović, the prolific surrealist architect of anti-fascist memorials across Yugoslavia and Radević’s thesis adviser during her studies in Belgrade. Thanks to the Monument to the Fallen Soldiers of Lješanska Nahija, she won another competition during her stay in the US. 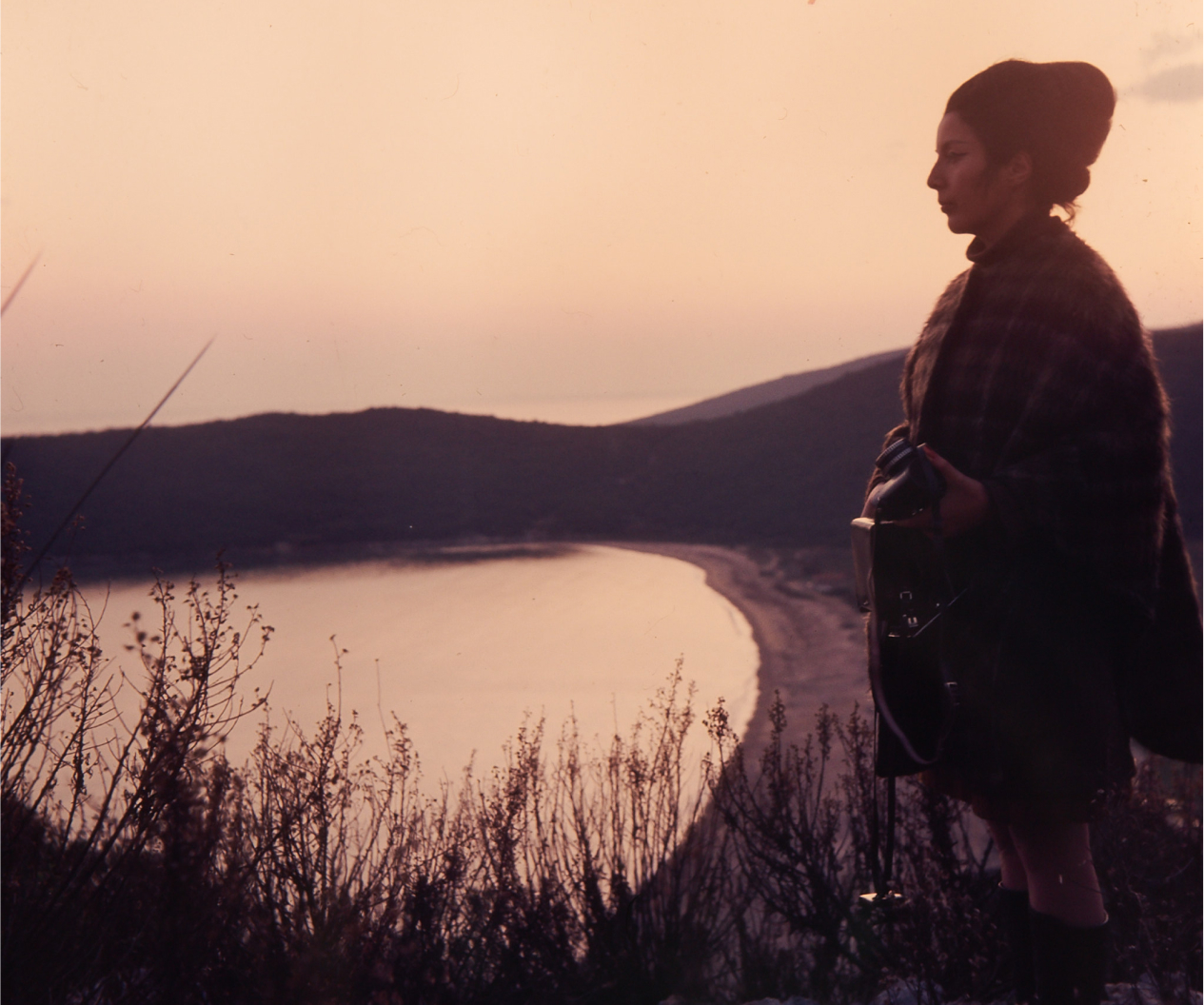 Kana on the Montenegrin coast, above Jaz - personal archive

She remained in Montenegro between 1977 and 1988 with occasional travels around Europe, and completed several more projects including the Kindergarden in Cetinje in 1988, the Lexicographic Institute in Titograd in 1984-1989 and Business Center Kruševac in Podgorica in 1991.