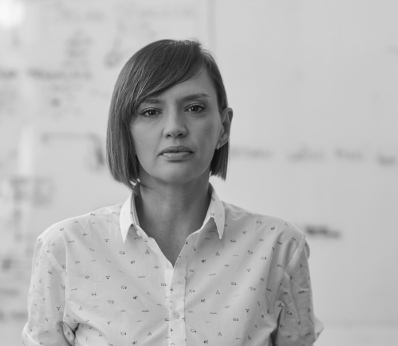 Dijana Vučinić is a practicing architect, researcher and founder of an interdisciplinary architectural practice DVARP with projects that range from urban design via design of hotels and residential buildings to stage design. In her work she tends to introduce structures and spaces that reveal the process of critical thinking and sustainable solutions. Her work is based on research on post-transitional city and interactive contemporary city ambience as well as urban and rural conditions in the developing touristic areas at the Montenegrin coast and in the mountains.

Vučinić is founder and program director of APSS Institute, a platform for architectural research and design thinking and development, whose most prominent initiative has been KotorAPSS Summer School established in the coastal town of Kotor, Montenegro. For many years KotorAPSS has focused on the RE-USE method and the projects did as part of Institute’s work have resulted in the creation of Montenegrin pavilion at the XIV International Architecture Exhibition – La Biennale di Venezia, and whose authors were KotorAPSS residents. Having concluded with the RE-USE series, APSS continued with the issue of TEMPORARY in architecture.

Vučinić has participated in Chicago Architecture Biennale in 2017 with a RE-USE project regarding Dom Revolucije in Nikšić, Montenegro together with Sadar+Vuga and HHF. She was commissioner for Project Solana – Montenegrin pavilion at XV Venice Architecture Biennale in 2016 and co-curator and co-author of the exhibition Treasures in disguise – Montenegro Pavilion at La Biennale di Venezia in 2014. She taught at the University of Donja Gorica, as well as at several other universities and symposiums in Montenegro and abroad. Vučinić’s work has been recognized internationally, within networks  of architects, designers and educators with whom she has been working closely on various projects. Her work was prized with numerous awards both at home and abroad. Most recently, she was awarded Architectural Visionary of the year in SE Europe by Zavod Big in Ljubljana.

Her book entitled “Re-use-ism”, about Vučinić’s work comes out this year published by “Ruby Press” Berlin, coauthored with Simon Hartmann and Boštjan Vuga and edited by Maroje Mrduljaš, featuring many other writers and contributors.